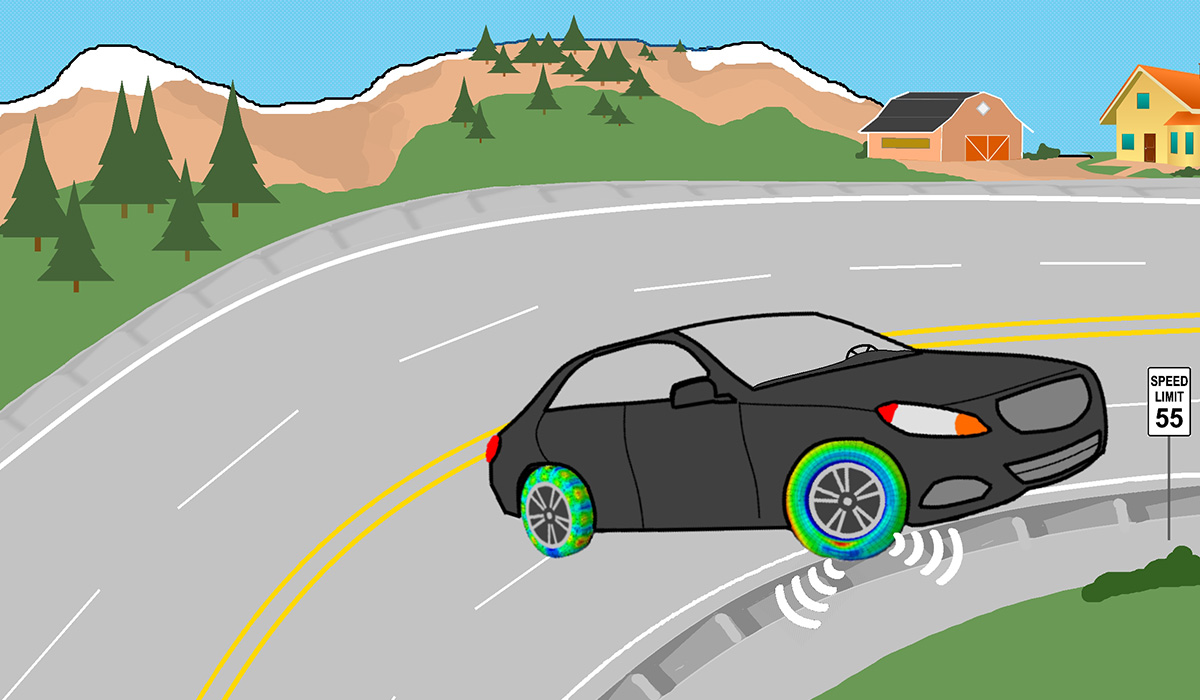 More than half of traffic fatalities in the United States occur when a driver crosses the edge or center line of a roadway. In Oregon, they’re responsible for about two-thirds of all serious and fatal crashes.

To prevent these crashes, transportation agencies use rumble strips — patterned grooves that are cut into the shoulder, center line and edge line of the road that produce noise and vibration to alert drivers. But that noise can also be a nuisance to people and wildlife who live nearby.

Now a team of scientists at Oregon State has applied physics to develop a new design for a quieter rumble strip that still alerts drivers. Yué Zhang is an associate professor and senior researcher in the College of Engineering with vast experience from working in the tire industry for 15 years. Her research partner is Paris Kalathas, a second-year graduate student in computer science who previously worked as a sound engineer.

When a tire drops into the groove of a rumble strip, it generates noise and vibration to alert the driver. Zhang and Kalathas tested a groove with an asymmetrical design that reduces external noise while still creating the vibration needed to get a driver’s attention. Their invention is one of many developments resulting from the ongoing collaboration between Oregon State and the Oregon Department of Transportation (ODOT).

Peace and quiet — and safety

Because the design produces less nuisance noise than a conventional rumble strip, it could be installed in places that haven’t had them in the past. The new rumble strip can improve safety and reduce noise in neighborhoods and along highways.

Looking further down the road

To protect their design, Zhang and Kalathas have filed a provisional patent application through Oregon State University’s Office for Commercialization and Corporate Development (OCCD). Zhang and Kalathas plan to continue their research and are awaiting a decision on funding from ODOT to conduct additional tests at different speeds.

Rumble strips are a simple, effective tool for improving traffic safety. Thanks to Oregon State engineers, they can do the job without making so much noise.

NuScale Power, an Oregon-based energy startup, completed a prototype of its modular nuclear power reactor, which is super tiny at about 1/100th the size of a typical reactor.

Your smartphone may be sharing data without your knowledge or permission. Oregon State found a way to stop it.

From sustainable products to communication tools, Oregon State researchers are out there — improving quality of life for all.

Learn more about the latest innovations coming out of Oregon State University that are available for commercialization.

Oregon State researchers developed a rumble strip that creates the vibration needed to get a driver's attention while reducing nuisance noise for people and wildlife living nearby.