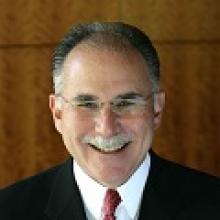 Allen’s diverse business experience includes co-founding Pixelworks in 1997, which he grew into a global public company with approximately 500 employees at offices in Portland, San Jose, Tokyo, Taipei and Shanghai. Allen was also part of the executive team who led the growth of another Oregon technology company, InFocus, from a startup to a $250 million a year global enterprise.

Many Oregonians are likely to know Allen Alley either personally or politically for his “walk across Oregon”, when he spent 36 days walking the state from East to West. It’s that kind of enthusiasm for our state’s beauty and that kind of energy and excitement about getting to know as many Oregonians as possible that make him unique.

He drives a Smart Car and a Corvette. He’s an out-and-out nerd on topics like autonomous vehicles and flat panel displays, but he’s equally interested in watching Reality TV Shows with his daughters or playing baseball with his grandsons.

Allen’s broad intellectual curiosity should come as no surprise. Over 30 years, Allen has built an experience base that spans multiple disciplines from engineering to marketing, venture capital, entrepreneurship and most recently, public service running for both Treasurer and Governor.